Preschoolers are building their spatial awareness, confidence, rhythm, listening skills and more in their weekly movement class. The new course, taught once a week by dance and movement instructor Mary Dow, helps children become more aware of how to express themselves through movement all while having fun!

“Spatial awareness is not a natural concept to all children. Understanding how their bodies move through the space in the classroom is an important developmental milestone,” Dow said

The opening warm-up also guides the students through rhythm patterns, stretching, fun balancing exercises and even prepositional placement with physical directions such as “put the scarf next to you” or “stand behind the hula hoop.” Students explore different ways of communicating through movement by imitating animals, expressing emotions, dancing as a part of nature and even drawing inspiration from the weather!

“This group of preschoolers are good listeners who want to be proud of what they’re doing,” Dow said. “It is a wonderful class to lead.”

Ultimately, the lessons students learn in Dow’s preschool class are laying a foundation for movement and dance education as students progress through Baker. Dow wants students to have comfort and confidence when it comes to dancing. She wants kids to feel comfortable in their own skin and feel good about the physical and emotional energy dance can provide. In mid-September, first-graders roamed the halls of Baker in search of print. Their pencils were poised above their clipboards, ready to write down the words they found on the walls, on the doors and anywhere else they appeared.

“We were walking through and finding print in the environment and recognizing it,” first-grade teacher Melissa Makagon said. “First-grade is the perfect age for this activity. The print walk is authentic and it’s kinesthetic.”

Students answered the question, “What words do we have around?” with words like “justice,” “friend” and “kid president.” Makagon said the walk serves as an informal literacy skills assessment.

As part of their study, students will also take a symbol walk. Students will identify how Baker uses symbols in a variety of ways. Symbols will tie into lessons in math and social studies as well.

“To 6-year-olds, codes and symbols are fascinating,” Makagon said.

The print and symbol walks are integral to the larger theme of first-graders’ school year — access. As the year progresses, students will study access, including who has access and the relationship between privilege and access. One lesson will focus on signs in the Civil Rights movement. Leach said while students study speaking Spanish, Latin courses focus on literature and writing. In fifth grade, Leach said, his goal is to foster students’ interests in myths and the history of Rome and students have little to no homework.

“It’s really fundamental,” he said. “I want to get them really excited about the ancient world.”

Students also begin to examine Latin words and build their vocabulary. Once they move into sixth-grade, they will dive into vocabulary and grammar. Sixth-graders also start to build sentences and learn the language.

“Few students have had classical language classes,” Leach said. “They can come in and redefine themselves. The fresh eyes that they bring to Latin makes it so much fun to work with them.” Seventh-graders in Kyle Barys’ science lab recently kicked off their study of genetics and inheritance. After learning foundational vocabulary, students created Punnett squares, which illustrate how a gene is passed from parents to offspring.

Students then conducted a genetic variation simulation using pasta. Students used four pasta shapes in four different colors to represent genes and variants of alleles that are passed down between generations.

“Starting with homozygous grandparents and heterozygous parents, we simulated the third generation of a family by having a child ‘inherit’ the different pasta shapes (genes) and colors (alleles) at random,” Barys said. “The students did a total of four trials and noted the genetic variation (or in one case, an exact duplicate) of the different siblings and related it back to how organisms pass down their thousands of genes.”

“Students will choose from a variety of genetic engineering topics that interest them, such as cloning, designer babies, gene therapy, etc.,” Barys said. “Then they will conduct their own scientific research and will propose an ethical standpoint — backed by scientific evidence and facts — of their topic in a culminating debate.” The online event is sponsored by the Family Action Network (FAN) in conjunction with Baker Demonstration School and other local schools.

Tuerkheimer and Twohey will discuss what Tuerkheimer calls the “credibility complex” — the forces that combine to corrupt judgment and make people prone to doubt accusers in cases of sexual violence. Twohey, along with reporter Jodi Kantor, broke the story of Hollywood producer Harvey Weinstein’s predations and authored the book, “She Said: Breaking the Sexual Harassment Story That Helped Ignite a Movement.”

“I’m so excited and privileged that Megan Twohey is joining me for this conversation, Tuerkheimer said. “I’m very much looking forward to her questions and her insights.”

Before writing “Credible,” Tuerkheimer had been thinking about the issue of credibility for decades, especially the importance and centrality of credibility. She has extensive experience observing the credibility complex in action. She served as an assistant district attorney in the New York County District Attorney’s Office, specializing in domestic violence and child abuse prosecution.

Since 2017 and the explosion of the #MeToo movement, she said, the public has become more aware of the realities of sexual assault and harassment as more people share their experiences.

“(‘Credible’ is) a book that’s driven by the stories of mostly women who have come forward or chosen not to,” Tuerkheimer said. “It’s about disclosure and about silence and how culture and law create a real tendency for listeners to doubt accusers.”

For the book, Tuerkheimer collected firsthand accounts from victims of sexual abuse, as well as people who work with survivors, including lawyers, psychologists and neuroscientists. She said “Credible” goes beyond the front page headlines and centers the stories of people who aren’t famous and are less likely to have others attend to their experiences.

“In the #MeToo era, all of us have been reading… about some really high profile cases of abuse,” Tuerkheimer said. “Yet beyond the headlines, across identities, we can still see certain patterns.

The book is also designed to give people tools for richer conversations about credibility. She wants to push people, parents in particular, to think carefully about what ought to come out of these difficult but necessary conversations.

“Over the years, some of the most searing accounts I have heard…involve conversations with family members, particularly parents,” Tuerkheimer said.

Tuerkheimer noted that, in many ways, “Credible” is a difficult book to read. The stories are sad and maddening. But, despite this, there is a message of hope — that individual, legal and cultural change are possible.

“We can rewire ourselves to respond more fairly to abuse,” Tuerkheimer said.

Baker Alumnus to Showcase Work at The Other Art Fair Baker alumnus and Brooklyn-based artist Kobi Walsh ‘09 will showcase his work at the Other Art Fair, which will be held Thursday, Sept. 30 through Sunday, Oct. 3 at Revel Fulton Market.

Walsh is a mixed media artist whose work combines sculpture, photography and virtual reality to create colorful pieces. On his website, kobiwalsh.com, Walsh discusses what inspires his work, including nature, organic forms and the elements.

“I draw inspiration in part from sculptural masters of light such as James Turrell and Olafur Elliason, as well as the impressionist movement – specifically from Monet, the plein air painting technique, and the enveloppe, the unifying atmospheric light encompassing all things,” he writes on his website.

Read an interview with Kobi and learn more here. For tickets and more information about the event, visit https://www.theotherartfair.com/chicago/tickets/. 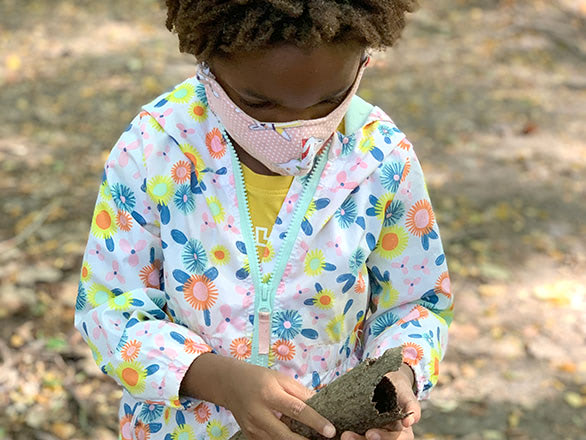